The Benefit of a Multi-Disciplinary Approach

Larry’s reputation for creative solutions to financial distress in many industries is based on the wide scope of his multi-disciplinary experience, knowledge and skills.  That breadth of experience is matched with his intensity in acquiring or applying whatever knowledge and skills are useful in crafting the best solution for a particular problem. This is illustrated in his résumé and history and in the extensive lists of matters, projects and publications that follow.  Larry’s clients do not merely consider him as a national and cross-border bankruptcy-restructuring lawyer, but more broadly as a trouble-shooter eager to advance the strategies and tactical realities of their businesses.

That “decathlon” capability suits him well, especially now that he has retired from Morrison & Foerster and keeps his hands in the games by working select projects from time to time. The champions in Olympic decathlon events are those fast and durable enough to win the races, leaps and jumps, while also being sufficiently strong to throw the shot put and hammer.  That champ must also master the skills needed for the javelin and discus to fly best.  But what Larry and those decathlon champs have in common is the knowledge of how mastery in one event can help one master the other events.

While many other specialties are also demonstrated below, Larry’s approach is illustrated by his four decades of national and cross-border practice from his San Francisco / Silicon Valley base for serving technology companies and their investors and financiers. Having confronted financial distress, bankruptcy, fraud, and other problems in the tech world since the birth of Silicon Valley, he has become an expert on the cross-overs at the intersection of intellectual property, commercial tech (e.g., licensing, collaborations, and dispute resolution techniques) and bankruptcy / restructuring.  His expertise is demonstrated by the following applications explained in more detail below:

1. Larry has regularly represented both U.S. and foreign global tech companies in confronting bankruptcies or other distress of IP infringers or contract counterparties in licensing, joint venture or development, or other supply or collaboration transactions (e.g., defending companies like Intel, Nikon, Kyocera and Ricoh against Kodak’s bankruptcy attacks, or protecting companies like Fujitsu, Blackberry, Mattel, NEC, Nikon and many others against threats in the bankruptcy of the notorious patent troll TPL).

2. Larry has teamed with his IP, tech transaction and IP prosecution former partners in developing “bankruptcy proofing” forms, structures and techniques to anticipate potential problems and improve their defenses against counterparty bankruptcy injuries.

3. Larry has regularly assisted clients in acquiring the assets of failing tech companies in or out of bankruptcy, whether by § 363(f) sales or chapter 11 plans of reorganization.  On occasion, he also has represented the bankrupt or failing seller.

4. Besides the large cases, Larry has also assisted Kleiner Perkins and other venture capital clients in selling, buying, resolving or restarting their failing start-up or mid-stage portfolio tech companies, including through Larry’s pioneering use of assignments for the benefit of creditors (a California nonjudicial liquidation process that he and other adapted from its traditional use in other contexts).

5. These and Larry’s other capabilities are demonstrated below by his scores of publications on diverse IP and commercial topics, such as his primer IP chapter in Thomson-Reuter’s Business Workouts Manual, updated in 2015, and his American Bankruptcy Institute article on IP monetization strategies. He currently is working with leading tech companies to oppose the so-called reforms proposed by the American Bankruptcy Institute’s Task Force, which would prejudice the tech industry in order instead to advance competing interests of less deserving parties in that zero sum game.

6. In all these respects, Larry has been fortunate to have learned from the best and brightest, not only among the best clients, but also from experts in multidisciplinary collaborations with his former IP and technology partners.

In re Eastman Kodak Company, et al.  Represented a large group of clients, including Nikon, Intel, Ricoh, Kyocera and other intellectual property licensees, licensors, and infringement defendants in the Kodak bankruptcy case. We fought to preserve and protect our clients’ intellectual property rights and lead an ad hoc group of similarly situated parties. Also represented the runner-up bidder for one patent portfolio sold by Kodak in its Chapter 11 case. (This had some similarities to representing Hitachi and others in the Nortel CCAA / Chapter 11 and 15 cases.

In re American West Bancorp.  Represented the bank holding company in an award-winning sale of the distressed bank’s stock that won regulatory approval as an alternative to an FDIC takeover and thereby avoided trust preferred securities’ blocking maneuvers. This transaction was recognized as “Transaction of the Year—Mid-Size Company” at the 2011 TMA Awards and featured by the Financial Times in its report on the Most Innovative U.S. Law Firms.

In re South Edge LLC.  Represented JPMorgan as agent in the aftermath of a lending syndicate’s financing on the eve of the Great Recession of the joint venture of eight national builders developing the multi-billion-dollar Inspirada housing project near Las Vegas.  We recovered principal plus interest through a novel strategy that included an involuntary bankruptcy and a chapter 11 trustee to restart the shut-down project and overcome the builders’ hostage strategy without paying their random demand.

In re Think3 Inc.  Represented the Trilogy affiliates owners, DIP lenders, IP licensees and buyers of a U.S.-based global software company, whose attempted rescue was frustrated by the trustee in an involuntary Italian bankruptcy.  We launched a defensive U.S. chapter 11 and defeated the Italian trustee in a U.S. chapter 15 and in the Japanese equivalent (and on appeal to the Japanese Supreme Court) and in other litigation, preventing the Italian trustee from competing wrongfully throughout the world against the U.S. debtor using the debtor’s software and other IP.

SEC v. Private Equity Management Group, LLC / The “Asian Madoff.”  Represented Bank SinoPac and other creditors in an SEC receivership in Los Angeles and in provisional liquidation proceedings in the BVI, regarding billions of dollars in frauds by Danny Pang and his affiliates in cross-border transactions.

In re Nortel.  Represented Hitachi in connection with its license of core networking technology from Nortel (while Nortel was in bankruptcy proceedings) for deployment in next-generation Long-Term Evolution (LTE) wireless networks in Japan, and associated service and other agreements.

In re Mirant.  Represented these energy affiliates in Chapter 11 cases, particularly in resolving the California Energy Crisis claims in a FERC-sponsored settlement involving the State of California, its utilities and others.

Electroglas, Inc.  Represented Electroglas, Inc. and its global affiliates as debtors in their Chapter 11 bankruptcy and cross-border insolvency cases in Delaware, France, Germany, Taiwan, China, Singapore, and other jurisdictions, involving a host of complex multi-national issues.

Municipal Insolvencies.  Advised on numerous California Chapter 9 municipal bankruptcy cases, including an official subcommittee and all of the government creditors located outside the count in the Orange County case. Also represented various parties in the bankruptcies of the Cities of Vallejo, Stockton and San Bernardino, and in the Puerto Rico crisis.  Part of the team selected to represent the Detroit Creditors’ Committee. 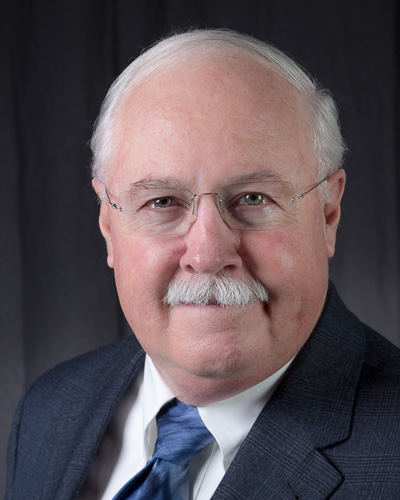 G. Larry Engel has a national and international bankruptcy and restructuring practice with various specialties including the intersection of technology / IP and bankruptcy. He is also a pioneer in bankruptcy-proofing insolvency-sensitive transactions in many industries.